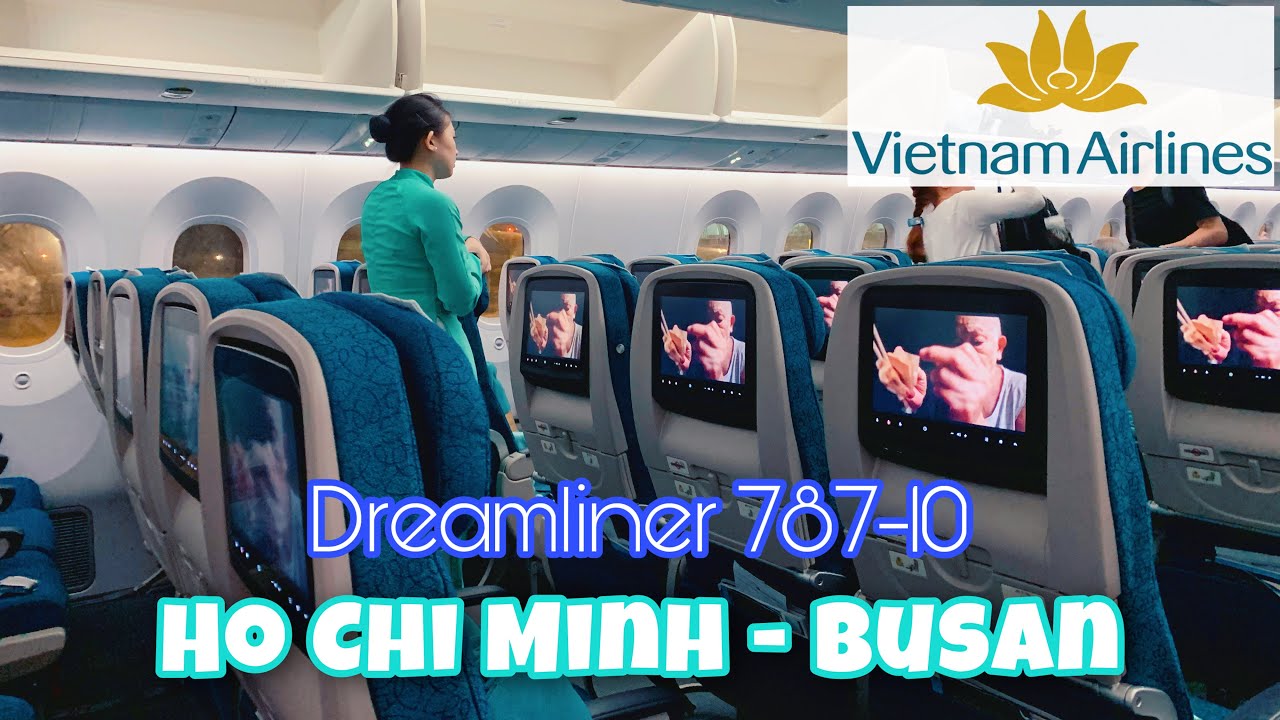 In this video, I’m going to review my first trip report on Dreamliner 787-10’s version. As of 17 Dec 2019, Vietnam Airlines (VN) received 3 787-10s and more to come in the near future. My first impression about this aircraft is the aircraft is so long. If you watch my earlier video (ICN-SGN) which no safety demonstration video was played, that was actually my second trip on a 787-10 series fleet because I overlooked it and uploaded the latter one first.

I always find VN service is considered above par, no major complaints though. Attitude of the crew really depends on your luck. Some are nice and friendly especially the junior crew while some just give you cold shoulder from boarding to disembarking the plane, but if you approach them, they will still attend to your needs proficiently. Safety video is played on this flight.

Throughout the flight, I guess there was no Korean speaking crew nor the announcement was made in Korean. There is also no Korean subtitle for the safety video too. Services are vary depending on the flight pattern and erratic. No menu card was given so crew just read out the meal choices; however, menu card was distributed on the inbound sector. Upon boarding, refreshing towelettes are five instead of towels. *Perhaps towel service is only prepared if the flight time is above 6 or 7 hours like SVO, MEL, FRA and etc. No amenity kits but toothbrushes can be found in the lavatories and eyesheds are available upon request.

The biggest let down throughout the flight was the supper service. I personally prefer to have a breakfast (2 hours before landing) instead of a supper because the flight departs at midnight and it’s only a 4-hour and 40-minute flight. Everyone is so tired and tries to catch some sleep, but they have to stay awake because the cabin is brightly-lit for the supper service. Perhaps after airborne, crew can do a quick round of drink service or giving out small bottle of mineral water. Would you prefer a supper straightaway after take off or a breakfast before landing for a midnight mid-haul flight?

DISCLAIMER : Download and repost or re-upload this video is STRICTLY PROHIBITED. For general enquiries or work related, e-mail to dragflyer9669@gmail.com
#Vietnam Airlines #B787-10 #Boeing #Dreamliners